This really makes a difference.... 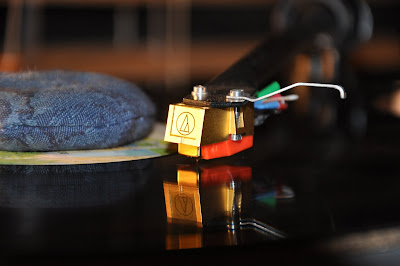 I am amazed at what I'm (not) hearing!
Have you ever noticed how your system sounds great on some days and kind of grainy and harsh on others? Usually sounding more sweet late at night? Dirty power - that's what I say! During the day when usage is high in your area microwaves, electric motors, ubiquitous switching supplies, fluorescent CFL bulbs, etc. generate tons of spurious RF and harmonic noise that gets into your sound system and robs it of clarity and silence, adding grit and grain and listener fatigue.
I discovered the Surgex power conditioner (http://www.surgex.com/) years ago when their product rep visited our office for the dog and pony show, and since then always wanted one. I have recommended them to clients (see my previous post: "Power Conditioners and Hype") and have heard how they cut down on the noise in various sound and video systems, not to mention the superior surge protection they afford. So I finally broke down and made the purchase, opting for the more industrial looking (and cheaper) pro A/V unit rather then the home model. 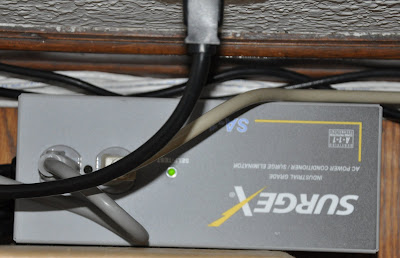 Since all my equipment was plugged into a power strip it was a simple install: Plug in the Surgex and plug the power strip into it. I let it cook for a day before I had the opportunity to really evaluate my system with this new change. My first impression was immediate- I put on my vinyl copy of Alan Parsons Project 'Pyramid'; it sounded as it does late at night when the backgrounds are blacker, the highs are more shimmery and pure and the sound is generally more liquid and transparent. But even more so than what I'm accustomed to hearing in those (rare) late night sessions: blacker silence, more transparent, more vivid, more liquid. No fatigue, zero, nada, nyet. The bass tightened up, cymbals sounded more real and brassy, voices more pure. I heard vocal tracks way back in the mix I hadn't heard before. Even the hum in my already quiet phono stage w/ no signal was less. 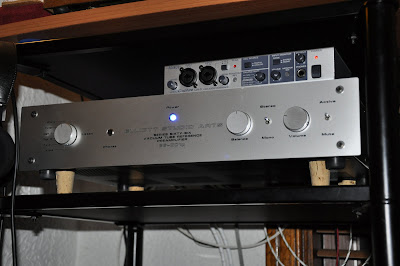 The improvement to CD's was more profound, making them sound more analog and pure, removing that last bit of elusive to describe 'digititus', especially in the high frequencies; again, cymbals sounded more like cymbals. Everything was more liquid, more transparent, more like music from top to bottom. More detail but without the fatigue. I could go on but I'm starting to sound like one of those audiophile magazine reviewers (which I read all the time!)


The bottom line is if you've invested substantial time and resources into your system you owe yourself the protection that these units afford. The cost of the Surgex isn't cheap but not much compared the the price of replacing all your gear, some of which may not be replaceable. But with the improvement to the sound, having the best surge protection technology in the world is just the icing on the cake! You cannot buy these units retail at the Best Buy, you'll have to go to the website and find out who your local rep is and order one from them, but it is mandatory! 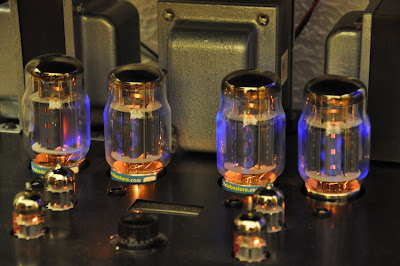